History comes alive in color, using software to colorize 7 images from the first ship to respond to Titanic’s distress call, brings new life to history, rather than in just the black-and-white photos.

The Carpathia left New York, and during thier journey received a distress call from the White Star liner Titanic on 14 April 1912.

It raced to the scene to the dismay of Captain Rostron and his crew, there was no sign of Titanic when they arrived at the radioed position at around 3:30 am. Half an hour later, Rostron ordered the engines of his ship be shut off and his crew began to search desperately and managed to rescue over 705 survivors from the icy North Atlantic.

Many of these photos are from 17 year old Bernie Palmer who took photos on the morning of April 15 with her new Kodak Brownie box camera.

It made its way back New York with awaiting crowds on the 18th April 1912. 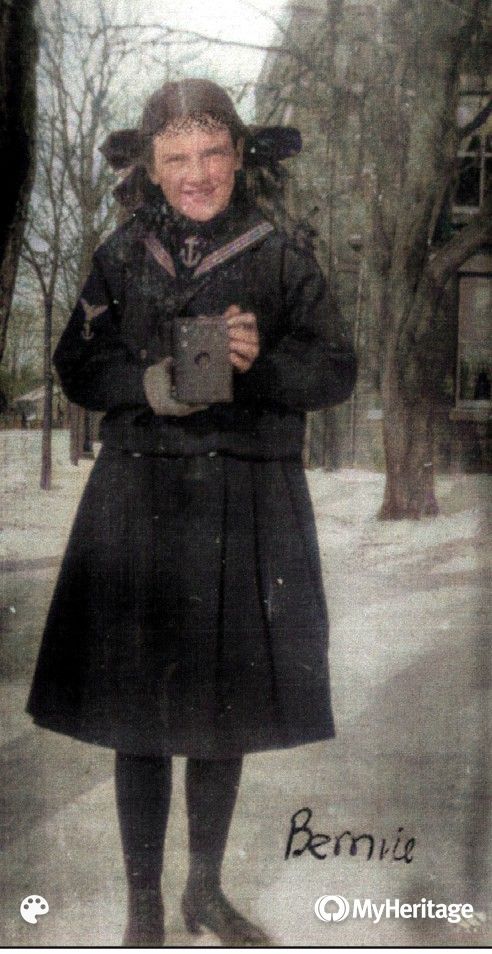 Bernice Palmer and her new Brownie Camera. In 1986, Bernie gave her camera, Titanic photographs, and camera to the Smithsonian. – Source 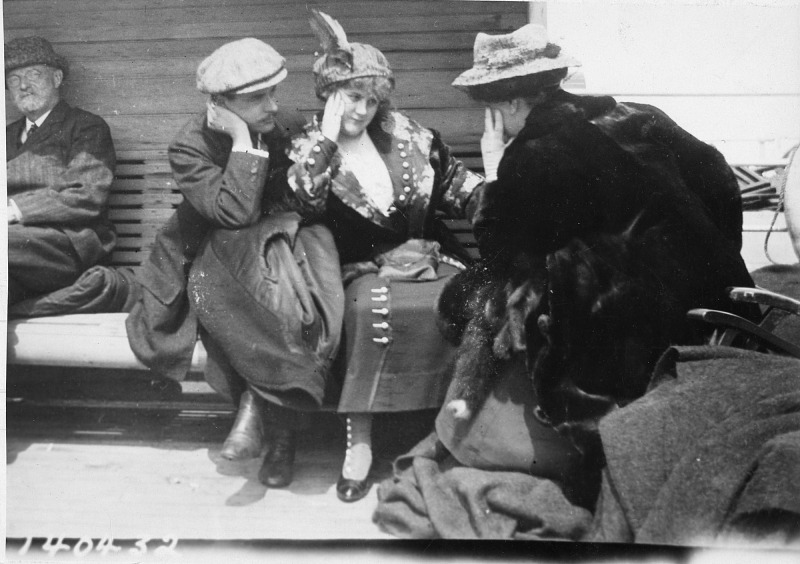 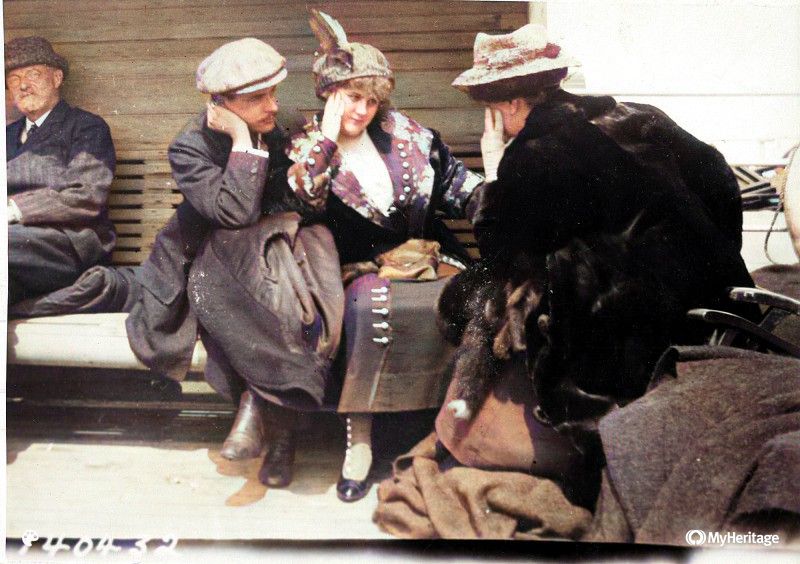 Mr. and Mrs. George A. Harder, a young honey-moon couple of Brooklyn, N.Y., who were rescued from the steamship Titanic. Facing them with her head on her hands weeping, is Mrs. Chas. M. Hayes, who husband, Charles M. Hayes, Pres. of the Grand Trunk Railway went down on the Titanic while she and her two daughters were rescued. (Bernice Palmer |Smithsonian) 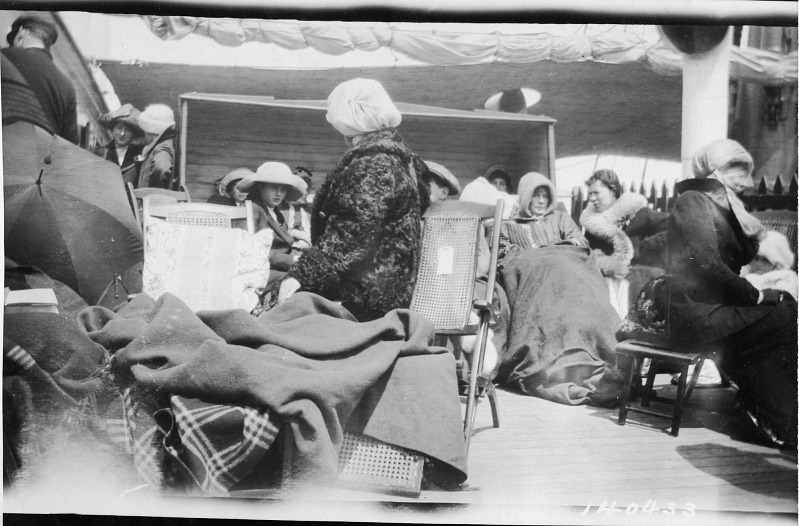 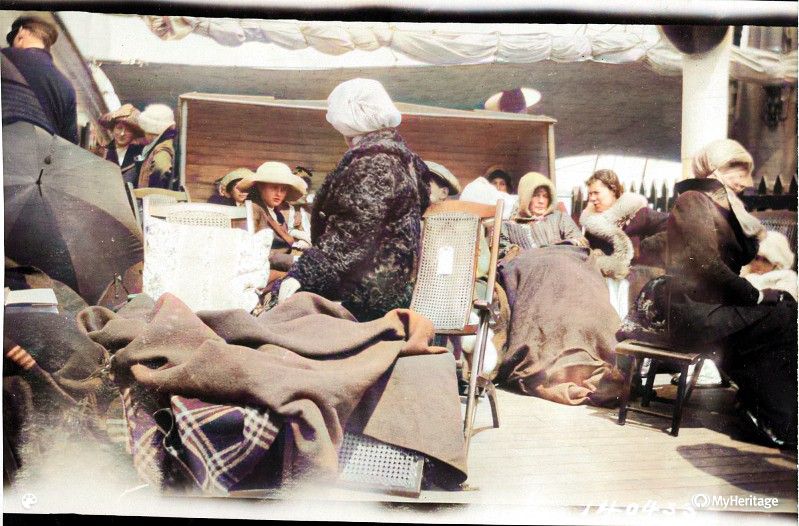 Survivors of the Titanic aboard the Carpathia rested on deck chairs, wrapped against the cold. (Bernice Palmer | Smithsonian) 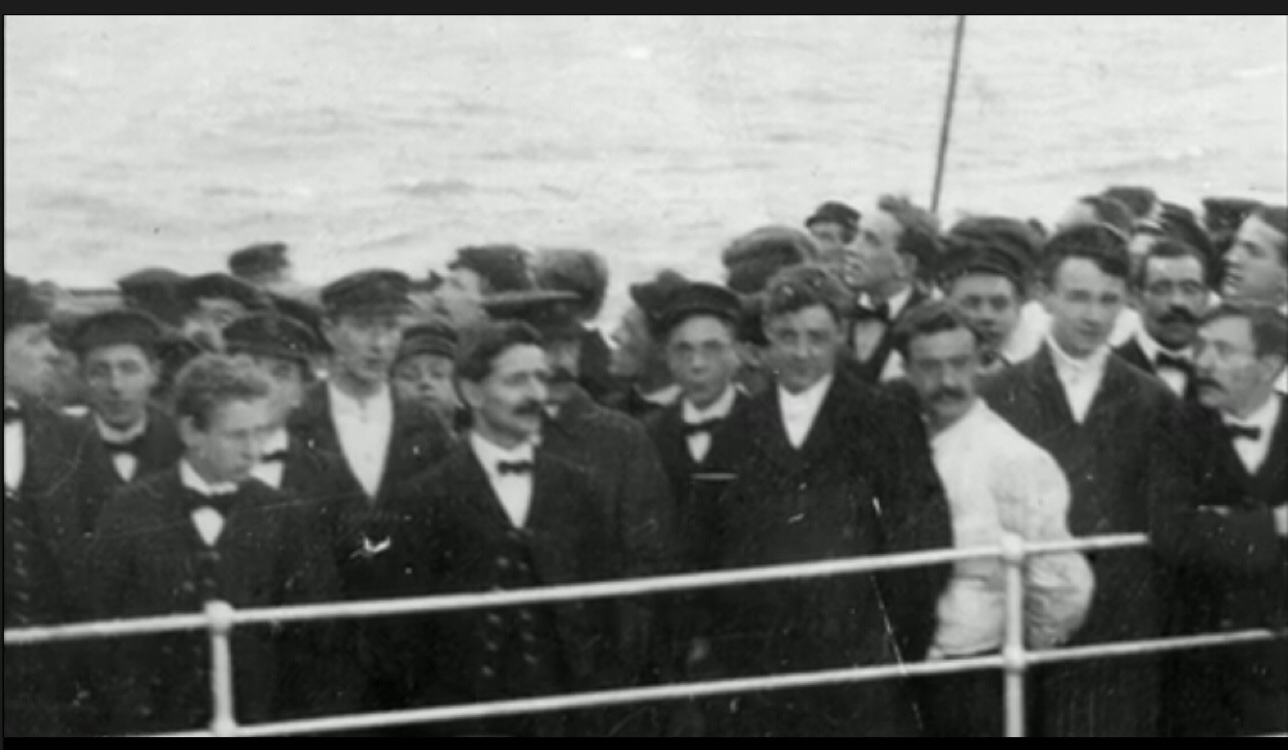 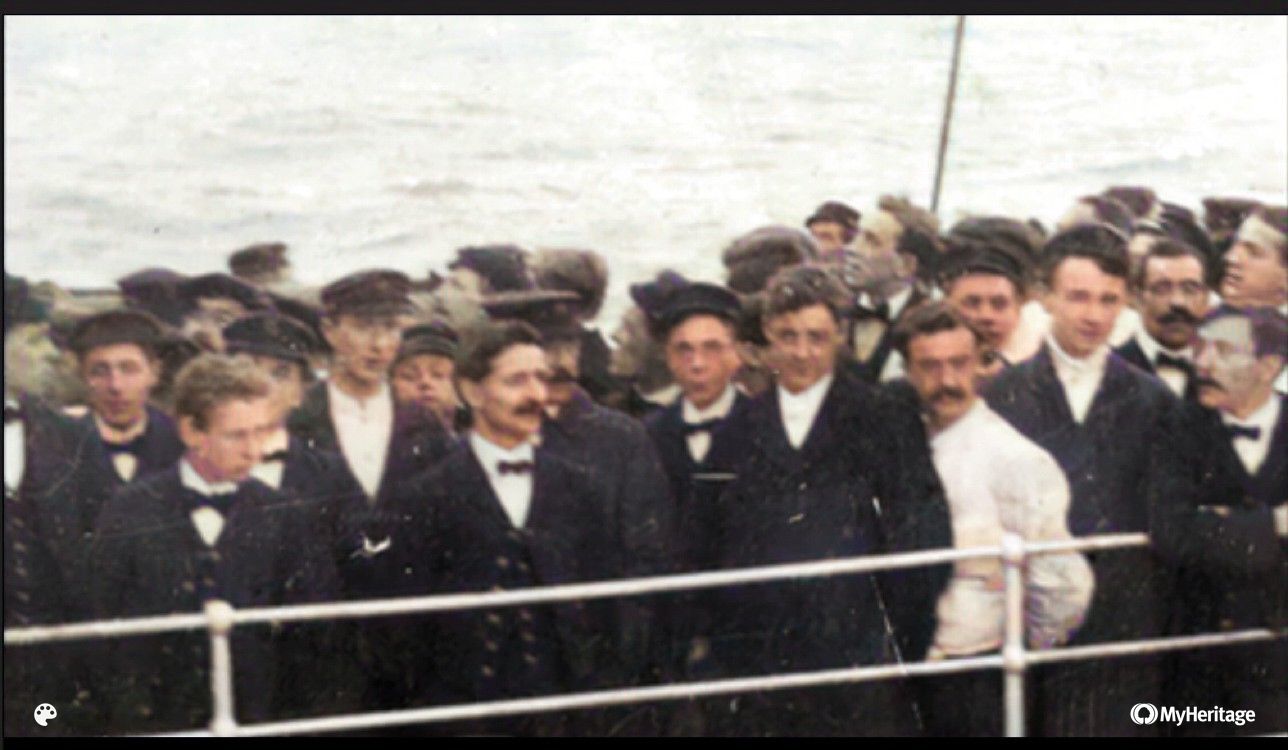 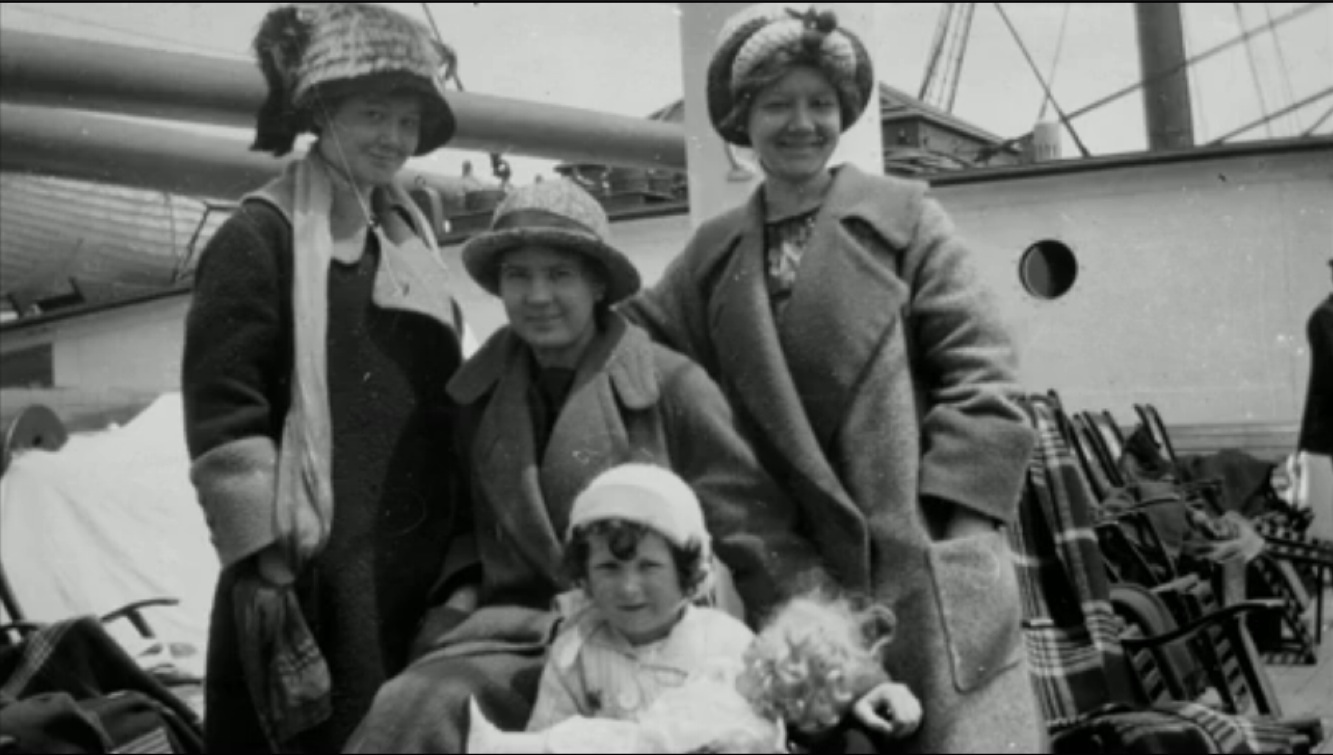 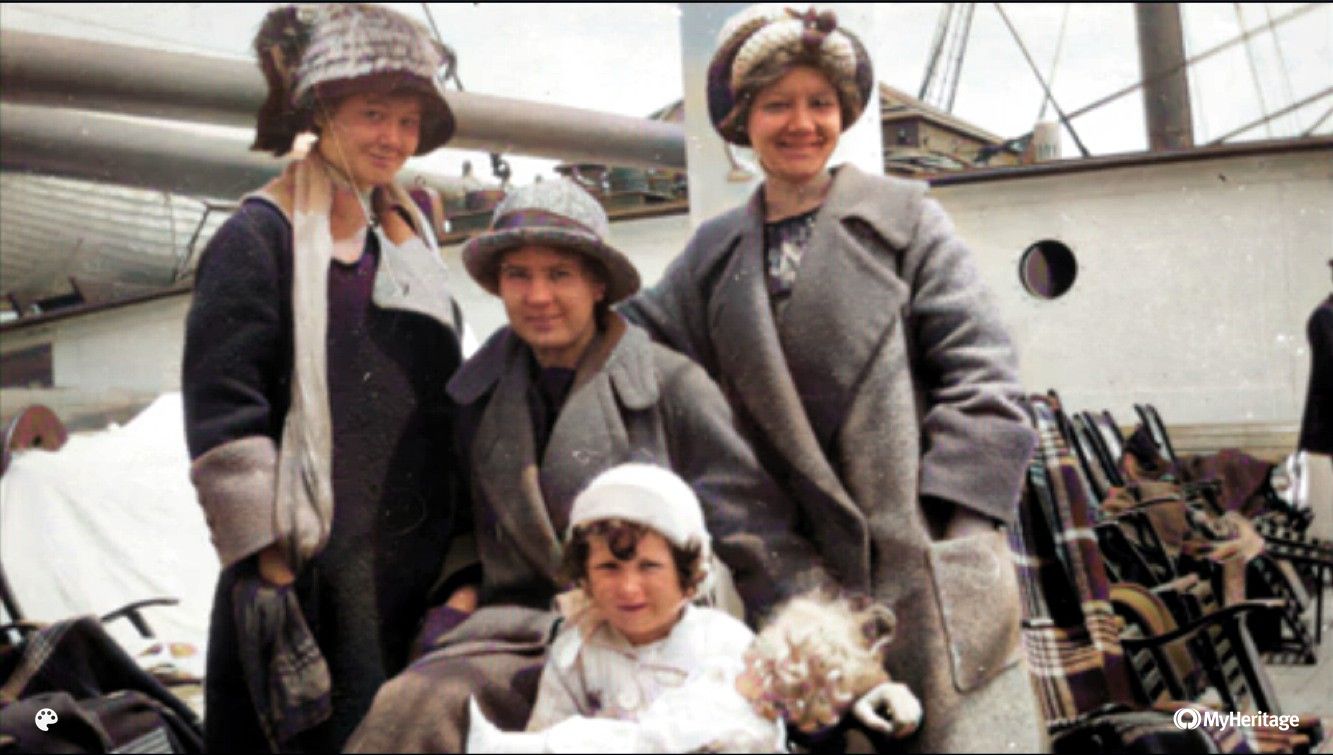 This is a photo of Bernice, her mother and some friendly passengers taken the morning of April 15th, 1912. (Bernice Palmer | Smithsonian) 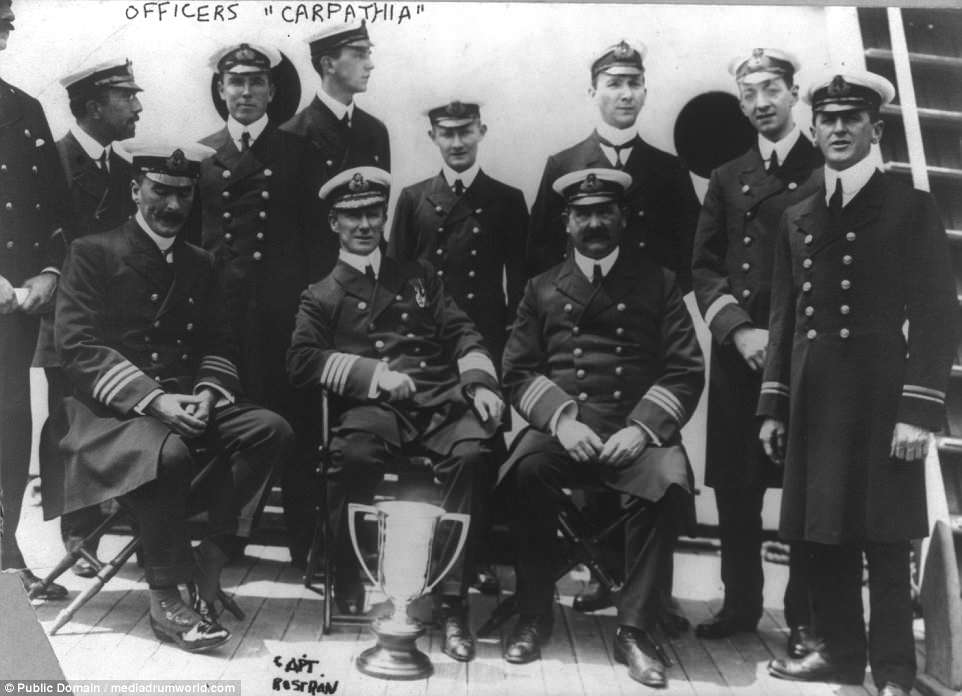 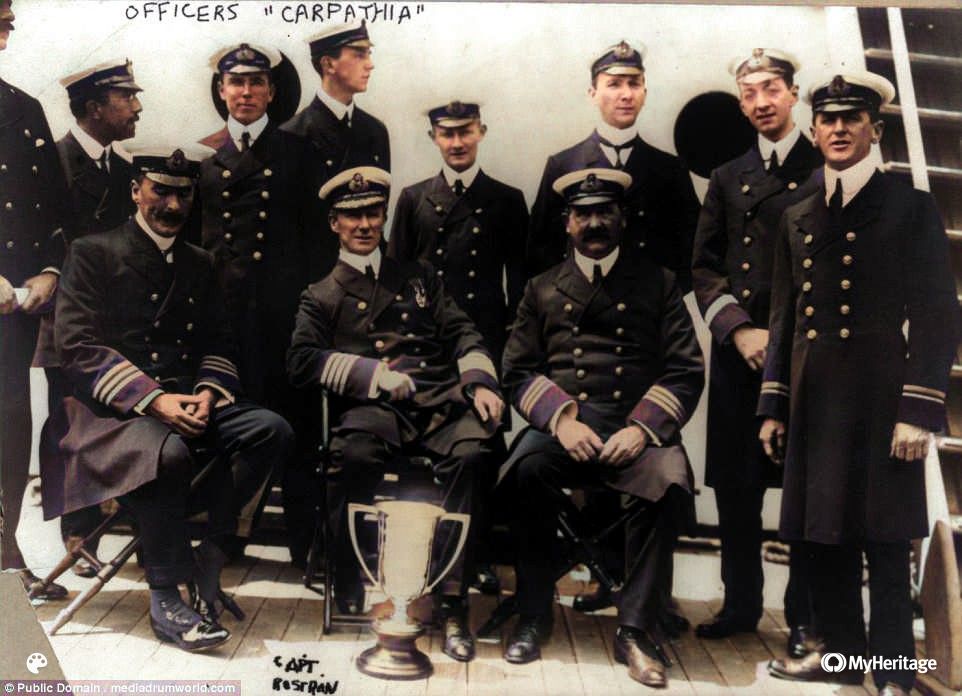 These were the officers on duty on the Carpathia, which picked up 705 men, women and children as the Titanic went down.

The Carpathia arriving back to New York 18 Apr 1912 with the Titanic survivors onboard. 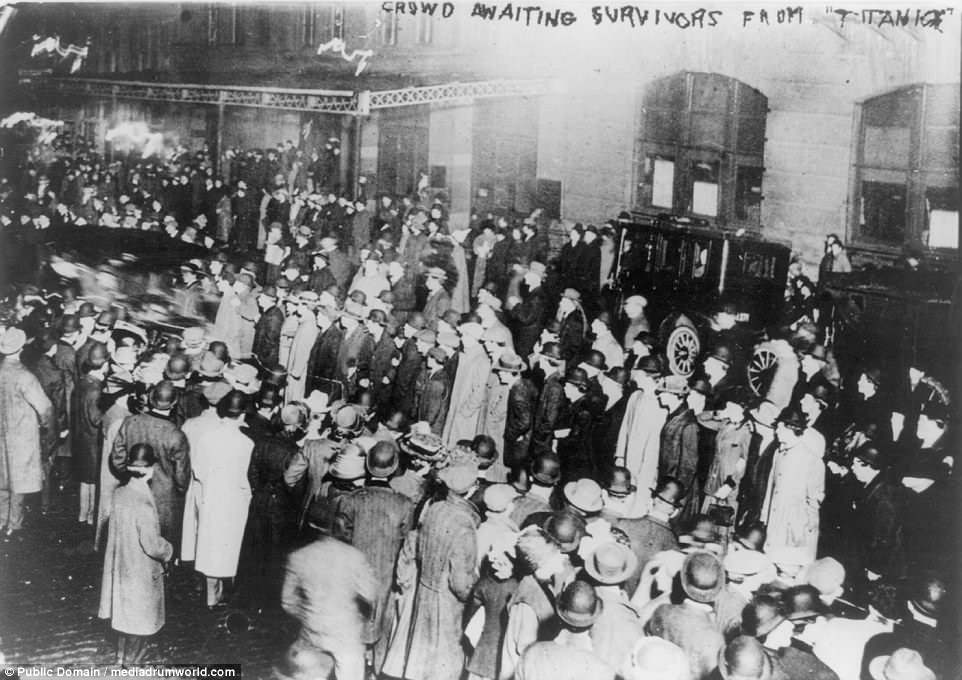 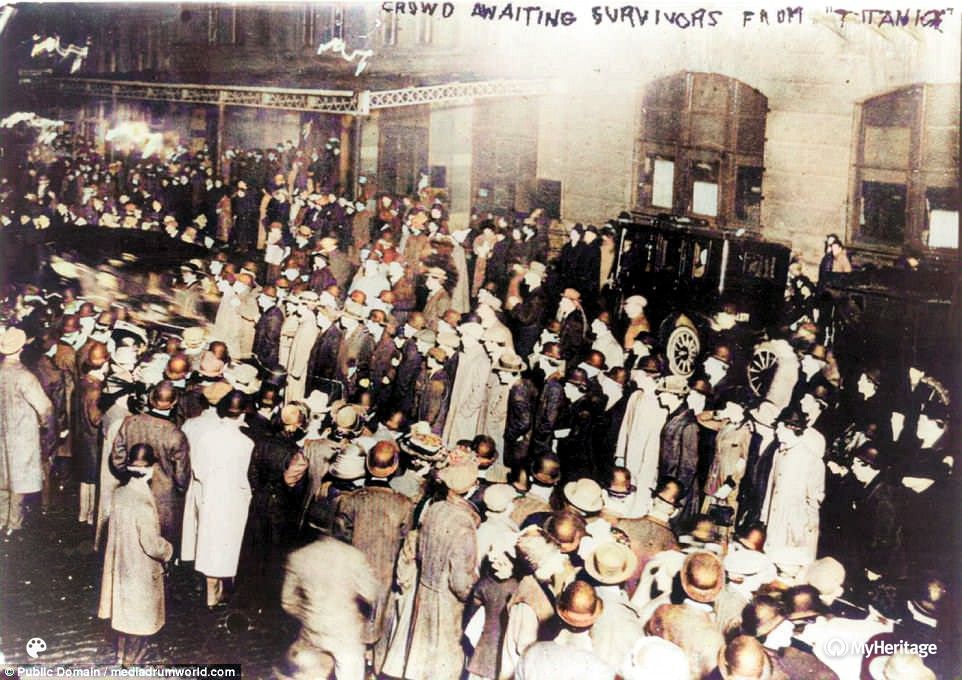 Crowds of people awaiting survivors from the Titanic in New York where the Carpathia docked. – NY, 18 Apr 1912.

Amazing to see historial black and white photos come to life with some color.

If you have any requests for future color projects let me know.

This site uses Akismet to reduce spam. Learn how your comment data is processed.

Get my Wordpress Theme

A Unix Linux IT Administrator at DXC Technology. I like to document useful Tech Tips and Ticks I find useful in everyday life. I like to take complex information and distill it down to safe time not just for you but also as a reference for myself. Sometimes the posts are a little Random, but hey this is My Random Tips.